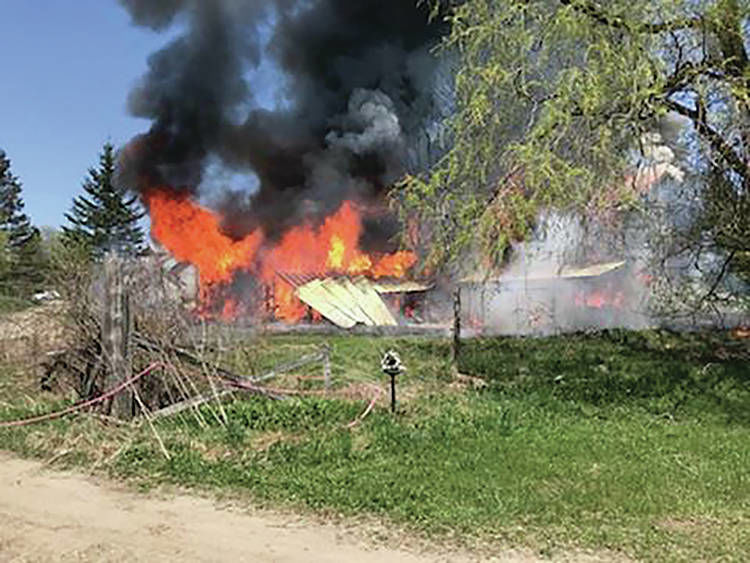 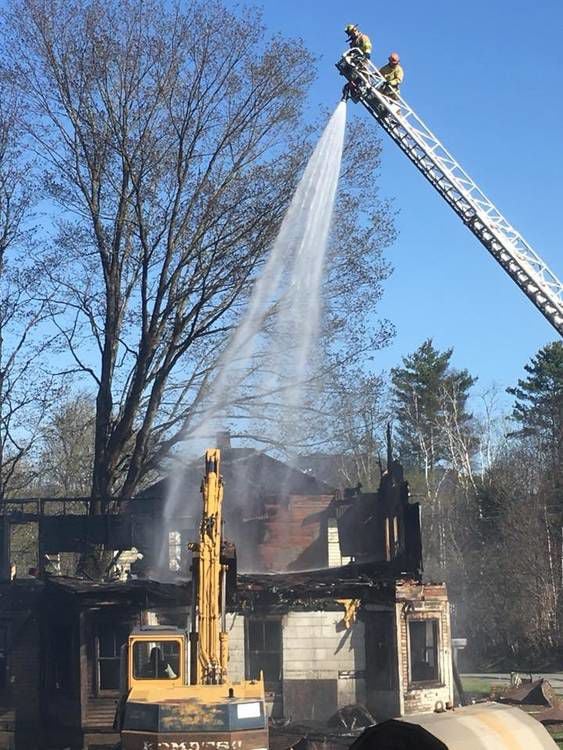 An excavator works to demolish a West Burke house that was destroyed by fire Sunday as firefighters spray the scene down from above. (Courtesy Photo) 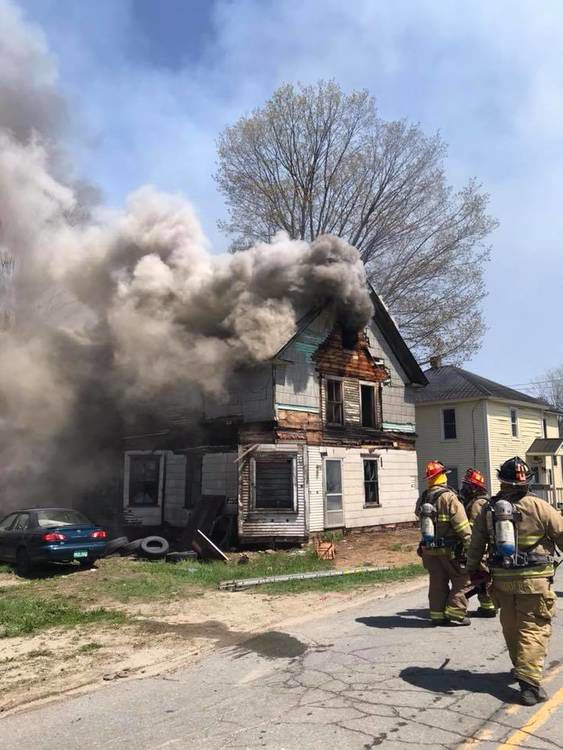 Firefighters from numerous departments on scene at a fire on Depot Street in West Burke Sunday. (Courtesy Photo) 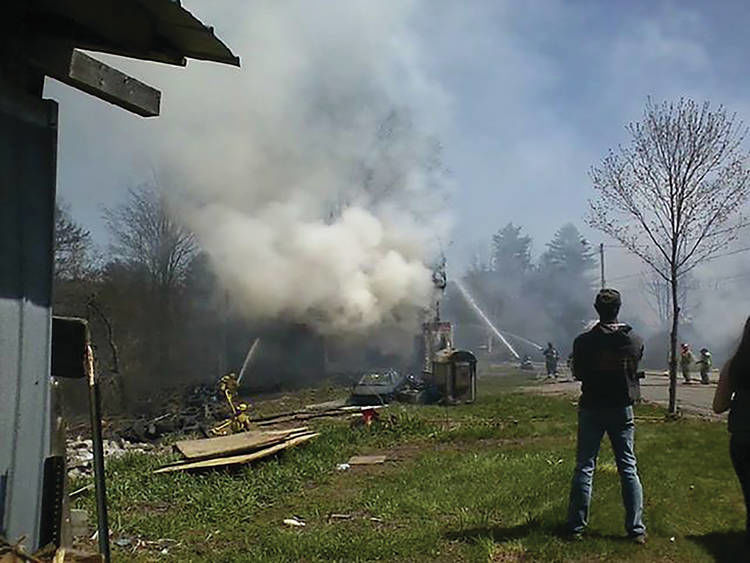 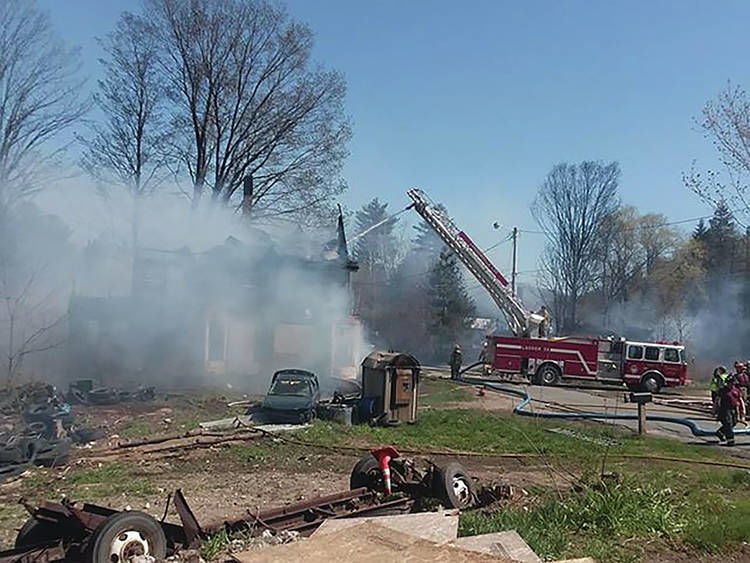 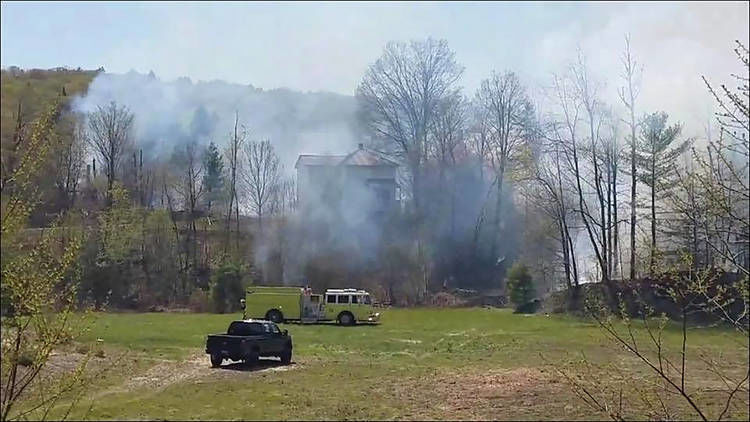 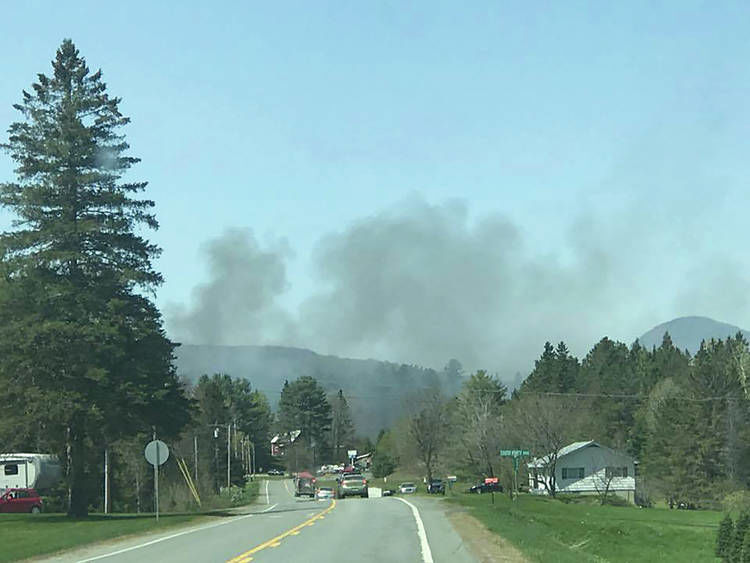 An excavator works to demolish a West Burke house that was destroyed by fire Sunday as firefighters spray the scene down from above. (Courtesy Photo)

Firefighters from numerous departments on scene at a fire on Depot Street in West Burke Sunday. (Courtesy Photo)

Fire investigators say a discarded cigarette was the cause of a fire that raged through a West Burke neighborhood Sunday afternoon.

According to a release from the investigators, including Assistant State Fire Marshal Tim Angell of the Division of Fire Safety, Det. Senior Sgt. Tom Williams and Det. Sgt. Steve Otis, the fire was started when a cigarette was carelessly extinguished near piles of dried leaves and other combustibles near a garage at 237 Depot Street.

The fire, which started just after 12:30 Sunday, had spread to a detached garage and a house by the time the first firefighters arrived on scene, wrote the investigators. During the early fire fighting efforts a 250 pound propane tank exploded “endangering all fire personnel and shooting embers a distance from the property.”

The explosion resulted in an unoccupied residence across the street to catch fire as well as several brush fires.

There were two homes and a garage destroyed by the fire as well as another two properties that sustained heat damage from the fire as well as numerous open grass/brush fires in the area. No injuries other than a foot injury were reported and that was sustained by an occupant of one of the properties who was exiting the house due to the reported fire, say investigators.

West Burke Fire Chief Tom Villeneuve said the work of all the fire departments helped save the other houses in the neighborhood. Villeneuve said there was a woman, Prive, and her daughters living in the house, all of whom were safe and accounted for, but the family did lose some pets.

Welcome to the discussion.

Keep it Clean. Please avoid obscene, vulgar, lewd, racist or sexually-oriented language.
PLEASE TURN OFF YOUR CAPS LOCK.
Don't Threaten. Threats of harming another person will not be tolerated.
Be Truthful. Don't knowingly lie about anyone or anything.
Be Nice. No racism, sexism or any sort of -ism that is degrading to another person.
Be Proactive. Use the 'Report' link on each comment to let us know of abusive posts.
Share with Us. We'd love to hear eyewitness accounts, the history behind an article.