BURLINGTON, Vt. — Just a few years ago, lawmakers in this left-leaning state viewed President Obama’s Affordable Care Act as little more than a pit stop on the road to a far more ambitious goal: single-payer, universal health care for all residents.

Then things unraveled. The online insurance marketplace that Vermont built to enroll people in private coverage under the law had extensive technical failures. The problems soured public and legislative enthusiasm for sweeping health care changes just as Gov. Peter Shumlin needed to build support for his complex single-payer plan. Finally, Mr. Shumlin, a Democrat, shelved the plan in December, citing the high cost to taxpayers. He called the decision “the greatest disappointment of my political life.”

As the United States Supreme Court prepares to rule in a case that could gut a major element of the Affordable Care Act — federal subsidies for low- and middle-income people — Vermont should have little to worry about. Only states that use the federally run insurance marketplace stand to lose subsidies if the court rules against the Obama administration, and Vermont is among the 14 states that fully run their own.

But even though its residents’ subsidies appear safe for now, Vermont stands as a cautionary tale. Despite an eventual cost of up to $200 million in federal funds, its online marketplace, or exchange, is still not fully functional, while disgust with the system is running deep among residents and lawmakers alike.

Meanwhile, the hopes for a single-payer system, once tantalizingly close, may be lost for years. Under such a system, the government operates one health insurance plan for all residents, covering their medical costs instead of having private insurers do it.

“It’s just been a spectacular crash, really,” said State Representative Chris Pearson, a member of Vermont’s Progressive Party. “We’ve gone from this vision of being the first state to achieve universal health care, to limping along and struggling to comply with the Affordable Care Act.”

The bitterness stems partly from the fact that Vermont had some of the biggest elements of the Affordable Care Act in place long before it took effect. Health insurance companies here already could not refuse to cover people, or charge them more, if they had pre-existing medical conditions. The state also already had more generous Medicaid eligibility rules than most, and programs that helped lower-income people pay for private insurance, which made it less expensive for many than the new exchange plans.

To many Vermonters, the new federal law complicated a state system that had already provided good coverage and muddied the route to an even better model.

“This law, by preserving the private insurance system and treating health care as a commodity, made us do things that Vermont otherwise wouldn’t have done,” said James Haslam, the executive director of the Vermont Workers Center, a grass-roots group that has made universal, government-financed health care its central cause.

To strengthen support for such a system, the workers center is dispatching volunteers like Alissa Carberry, 24, to talk about their disappointment with the Affordable Care Act and why the state should not give up on its single-payer dream.

Ms. Carberry, a child care worker with Type 1 diabetes who earns $30,000 a year, said the insurance that her employer provided last year, from Vermont Health Connect, had a $1,900 deductible. Even after she met the deductible, she said, she still had to pay 40 percent of the cost of supplies like an insulin pump. She dropped the plan this year and switched to her partner’s insurance, which is less expensive but still onerous.

“Let’s continue to work for something better,” Ms. Carberry said.

Under the single-payer law that the Vermont Legislature passed in 2011, the state was to seek a waiver in 2017 to trade its insurance exchange for the government-run system. Most of its 625,000 residents would be eligible for a uniform package of benefits under that system, which would be financed with a mix of state and federal funds. 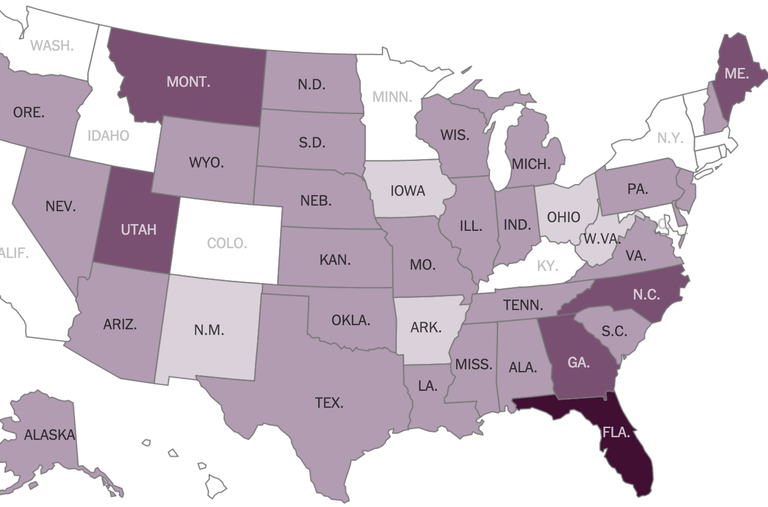 The Health Care Supreme Court Case: Who Would Be Affected?

A look at the major issues at stake in King v. Burwell and the results of the ruling.

But Mr. Shumlin and his advisers concluded the plan would require “enormous” new taxes, including an 11.5 percent payroll tax on all Vermont businesses and a sliding-scale income tax of up to 9.5 percent. In all, he said when he announced that he was shelving it, the plan would require about $2.5 billion in additional revenue in its first year, in a state that raises only about $2.7 billion in taxes annually.

Many Vermont health care advocates say support for the governor’s plan was also seriously eroded by dysfunction in the state online insurance marketplace. Problems with that exchange had “hurt, there’s no doubt,” public confidence in the effort to achieve single-payer universal coverage, Mr. Haslam said.

Other state-based exchanges have experienced as much or more turmoil: Oregon and Nevada essentially shut down their marketplaces last year, requiring residents who want subsidized insurance to enroll instead through the federal marketplace, HealthCare.gov. Hawaii is also planning to switch to the federal exchange this fall, at least temporarily, after running out of money. Massachusetts was forced to rebuild its exchange last year after it failed to function, and has spent more than $250 million, mostly in federal funds, on it so far.

A number of state-based exchanges, after receiving a total of nearly $5 billion in federal establishment grants, are also encountering financial problems because they now must cover their own costs.

But Vermont, with its initial view of the Affordable Care Act as a bridge to a single-payer system, is in a singularly unhappy position.

“There’s a backlash against all things health care reform because Vermont Health Connect has been such a bad experience,” said Trinka Kerr, the chief health care advocate at Vermont Legal Aid, which gets several hundred calls a month from people who have encountered problems with the exchange, including billing errors and even delayed access to care. “Sometimes they’ll say, ‘I’ll just go without insurance,’ and we try to convince them that’s not a good plan. They don’t like the way this is working and want to go back to the old way.”

Rob Muessel, a self-employed security consultant from Shelburne, is one of those people. He said he spent hours on the phone with Vermont Health Connect representatives over the past year, trying to resolve problems. Most recently, when his daughter got a job with benefits in March, he called the marketplace to get her taken off his plan. Six weeks passed before he got a call back from an exchange employee, who had to spend more than two hours helping him redo his entire application for what should have been a simple fix.

“That just blew my mind,” said Mr. Muessel, 61. “I think it’s time to pull the plug, because it may just be an unending money pit.”

In a blistering report released in April, Douglas Hoffer, the state auditor, detailed a number of unresolved problems with Vermont Health Connect and said it would be “prudent” to develop a plan for “an alternative model for running an exchange.”

Mr. Shumlin had set a deadline of May 31 for Optum, the second vendor hired to fix a problem that has prevented thousands of Vermonters from easily changing basic information in their account, such as if they have a baby, get married or move. Workers have had to process such changes by hand, costing the state extra money and creating a backlog of 10,000 change requests. On Monday, Mr. Shumlin announced that Optum had fixed the problem, allowing such changes to be made in a matter of minutes, although customers will not be able to do so without assistance until later this year.

Optum has a second deadline, in October, to automate the process by which exchange plans are renewed from year to year. In an interview, Lawrence Miller, the state’s chief of health care reform, said the state was analyzing the costs of various alternatives, including switching to the federal marketplace, should the exchange still be broken in the fall.

Mr. Miller said he would prefer Vermont to be “tucked away in a fully state-operated marketplace until we see exactly how the Supreme Court rules” in the subsidies case. A great deal of uncertainty remains about whether people would be able to keep their subsidies if the state started relying on the federal marketplace.

Mr. Miller added that Vermont intends to remain a leader in health care reform, particularly with a plan to replace the traditional system of paying health care providers for each procedure with one that pays them based on outcomes, including under Medicaid and Medicare as well as private coverage.

Pointing out that Vermont’s was not the only state-based exchange to still be struggling, he added, “I talk to my colleagues elsewhere and, good God, this just wasn’t set up for success.”